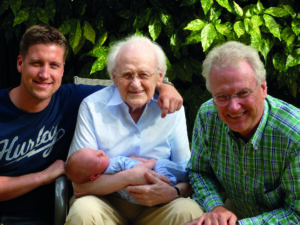 DNA is found in all the cells of our body and is a long string of four letters: A,T,C and G. It is the blueprint for all the proteins that are the building blocks of our bodies. Sections of this string of letters are genes. A gene could be for eye colour, bones, teeth or a hormone.

Scientists are locating the DNA letters that are carried by people with various diseases to find out:

How does DNA change cause disease?

DNA is largely similar in everybody, but less than 1% of letters are slightly different. We are born with these DNA differences. The reason some people have blue eyes and others have brown eyes is down to a slight change in the letters of the eye colour gene.

By looking at the DNA in thousands of patients we have found hundreds of changes that influence the risk of getting diseases. A slight change in the DNA letters increases people’s chances of developing disease. None of these changes are sufficient in themselves to get disease, but each one is a small increase in risk.

These changes can tell us many things including what type of genes increase risk and how they change our bodies to influence the chance of getting a disease.

What we have found so far

There have been a few surprising findings from genetic studies. It turns out that autoimmune diseases such as rheumatoid arthritis, multiple sclerosis and type 1 diabetes have completely different symptoms but actually share a lot of DNA changes.

Interestingly, some DNA changes increase the risk of one disease but protect against another.

Some DNA changes affect the genes and biological pathways that are targeted by current biologic drugs, reassuring us that studying the affected genes is important. 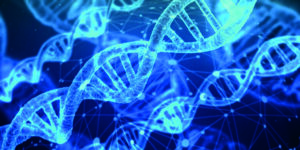 So we know that genes are important in arthritic disease, and we have found hundreds of DNA changes that increase risk of getting these diseases. Now we need to look at what exactly the DNA changes do to our bodies. And how can we use this information to help people with the disease?

A new technique called CRISPR has transformed how we approach these questions. CRISPR can change DNA. Previously challenging, this has become routine in many laboratories, being cheap, efficient, quick and applicable to many cell types.

DNA editing techniques are making news headlines. They are being used in cancer therapy and genetic diseases that have only a single gene changed, and so are easier to understand than diseases with lots of changes. It is used in certain types of leukaemia in children and adults. A patient’s own immune system can be genetically changed by CRISPR so that it will recognise and attack the tumour.

Single gene disorders such as sickle cell, cystic fibrosis and muscular dystrophy are the focus of research. CRISPR can correct the affected gene, replacing it with healthy genetic material.

We are not at this stage for diseases that involve more than one gene. But CRISPR is also being used to help us understand what the genetic changes are doing. For example, DNA changes can mean that particular genes turn on and off at specific times. This means that someone who should mount an immune response to an infection, may not, or their immune response is too strong. We can now see which genes are turned on by the changed DNA, and how this affects the cells’ responses.

DNA sited in one gene can actually turn on another gene. This finding changes which genes we think are important in disease and makes us think differently about the disease itself. The changed DNA can only act as a switch in some types of cell. For example, the affected DNA may be a switch in brain cells, but not in liver cells.

Changes to DNA that affect disease such as schizophrenia and Alzheimer’s are switches in brain cells, whilst autoimmune diseases, including rheumatoid arthritis, type 1 diabetes and lupus tend to be switches in immune cells.

Depending on which ‘type’ of switch you have can lead to a different response to environmental challengers, such as infection.

Diseases such as juvenile arthritis and type 1 diabetes share many genes, so may benefit from similar therapy – ones that stimulate an immune brake. On the other hand, psoriasis and rheumatoid arthritis share some genes but have important differences. This could be why some biologic therapies work better in some diseases than others.

How does this impact on you?

We can now better understand – and would like to even predict – who might develop disease, which type of disease, and how severe it will be.

Soon we may be able to use this knowledge to better target therapies for patients. People with different genetic changes may respond differently to different drugs. Can we find new drugs for other important biological pathways in disease? We want to match drugs with ‘genetic type’ of disease in a more personalised treatment, getting the right drugs to the right people as early as possible.

Drugs currently used for some diseases may be able to target the same genes in other diseases. For example, we’re currently looking at if an existing  drug is effective in juvenile arthritis.

Gene editing could be used to safely change a patient’s disease in a similar way to how biologic therapies do now, by stimulating or inhibiting the immune system.

It is hard to predict what will happen next in this fast-moving field… but the big picture is one of positivity – a much better outcome for people with (or at risk of) disease.

About the author: Stephen Eyre is a professor of complex disease genetics at the University of Manchester, with an interest in musculoskeletal diseases, particularly rheumatoid, juvenile and psoriatic arthritis