The mental side of a diagnosis can be as hard to deal with as the physical symptoms, Candida Doyle explains to Iona Walton 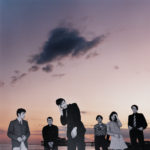 Member of Brit Pop band, Pulp, Candida Doyle has travelled the world, won awards and worked phenomenally hard to achieve her dreams. But all the time she was carrying a secret – her rheumatoid arthritis diagnosis.

Candida was 16 years old when she first began experiencing pain and fatigue.

“We had just come back from our first family holiday to Europe,” she says. “Within a month I had pain in my knees and feet, all over really. I had terrible tiredness, loss of appetite and subsequently lost weight.”

It took around 12 months for Candida to be diagnosed with rheumatoid arthritis.

“I was only 17 years old at the time, and the point of diagnosis was not handled well by the rheumatologist, who was extremely young,” she remembers. “It took me years to be able to start forgiving a cold, hard diagnosis.”

Unsurprisingly, Candida went into denial about her condition.

“I wouldn’t let my family talk about it,” she says. “I was put on a nonsteroidal anti-inflammatory drug (NSAID) called indomethacin but over the next eight years I weaned myself off it,” she says. “Undiagnosed, at first, I also have Sjögren’s syndrome, so I don’t produce tears when I cry and it is harder to swallow food as I  have less saliva. It’s terrible for your teeth.”

Candida hid her rheumatoid arthritis from her friends and despite the impact it had on her quality of life, made the most of the nightlife that Sheffield had to offer. By the late 1970s she was heavily into the music scene and in the early 1980s, she joined Pulp as the keyboard player.

It took 10 years for Pulp to earn a penny or achieve the level of recognition that it was destined for, but by the 1990s the group was famous around the world. About 30 singles were released and eight albums made, and Candida was there every step of the way.

“Other than my brother who was also in Pulp, my band mates did not know about my rheumatoid arthritis,” she explains. “I was determined not to be treated differently from anyone else.”

But by the time Candida was 39 years old, she felt she couldn’t hide her condition any more.

“Pulp decided to take a break in 2002 and I knew it was time to deal with my arthritis,” she remembers. “I gave myself a year to get on top of my health. I read every self-help book I could find and tried all the complementary therapies in a bid to improve my symptoms. At the same time, I trained to be a counsellor.”

“I do not live with constant aching pain and exhaustion now but my movement is restricted and I still experience some fatigue,” Candida outlines. “l have been taking an NSAID since my knees swelled terribly in 2006, which helps.

“Wheat, dairy and sugar seem to exacerbate my symptoms, which is unfortunate as I love them all. I don’t exclude them entirely but do keep an eye on what I eat. I am interested in the concept of ‘leaky gut’, which is the idea that symptoms and some long-term conditions may be caused by the immune system reacting to toxins or other substances that have been absorbed into the bloodstream via a porous bowel.”

Swimming is difficult for Candida as the arm movements prove problematic, but she has found a form of exercise that has made a real difference: T’ai-chi and chi gung.

“I have been attending classes for three years and it is making a big difference,” she explains. “I am regaining movement in some areas that have been restricted for a long time, which is definite progress.

“The mental side of rheumatoid arthritis has been as hard to deal with as the physical side, in my experience. As part of my counsellor training I had to see a therapist myself, and I was surprised at how much it helped me come to terms with the feelings of shame and embarrassment that my diagnosis had evoked.

“At least there is something you can do about the mental side of a physical diagnosis. The therapy has made such a difference that nine years later I still visit and have almost managed to stop battling with my body.”

Having recently completed a 10 week mindfulness course, Candida’s next step is to join a local support group.

“My friends and the people I see – their bodies physically work. Mine works too, but just not as well. I want to meet other people of around my age who have had rheumatoid arthritis for a lengthy period of time.”