To taper or not to taper? Reducing corticosteroid use in rheumatoid arthritis

A large multinational study that looked at the pros and cons of early discontinuation of corticosteroids in people with rheumatoid arthritis has reported relatively positive results in favour of tapering.

Glucocorticoids, such as cortisone, are very good at controlling inflammatory diseases. But their long-term use is associated with severe side effects, so a gradual period of dose reduction – tapering – is often favoured by rheumatologists and patients. It’s a tough balancing act; tapering glucocorticoids without triggering a recurrence of inflammation is a common challenge.

Now a study into 250 people with rheumatoid arthritis from six countries who had been receiving glucocorticoids for a minimum of six months (ie had good control) has been published in The Lancet. The patients were split into groups. One group continued taking prednisone for a further six months. The other group had their treatment tapered to zero over four months. Both groups received the anti-interleukin-6 receptor antibody tocilizumab as adjunctive therapy.

Disease flare-ups were prevented in:

“The fact that glucocorticoid tapering was associated with a treatment success rate of 65% is of enormous significance for shared decision-making involving patients,” says Prof Gerd-Rüdiger Burmester who is involved in the work. “It will now be possible to decide, on a case-by-case basis, whether glucocorticoid treatment should continue or whether tapering should be attempted.”

Arthritis Digest Magazine is selected by Feedspot as one of the Top 5 Arthritis Blogs in 2020.

For more in-depth features, interviews and information, subscribe to Arthritis Digest magazine, a popular title that’s published six times a year. Click here for the digital version or tel 01892 354087 to order your hard copy. You’ll know what your doctor is talking about, what new drugs are in the pipeline and be up to date on helpful products. 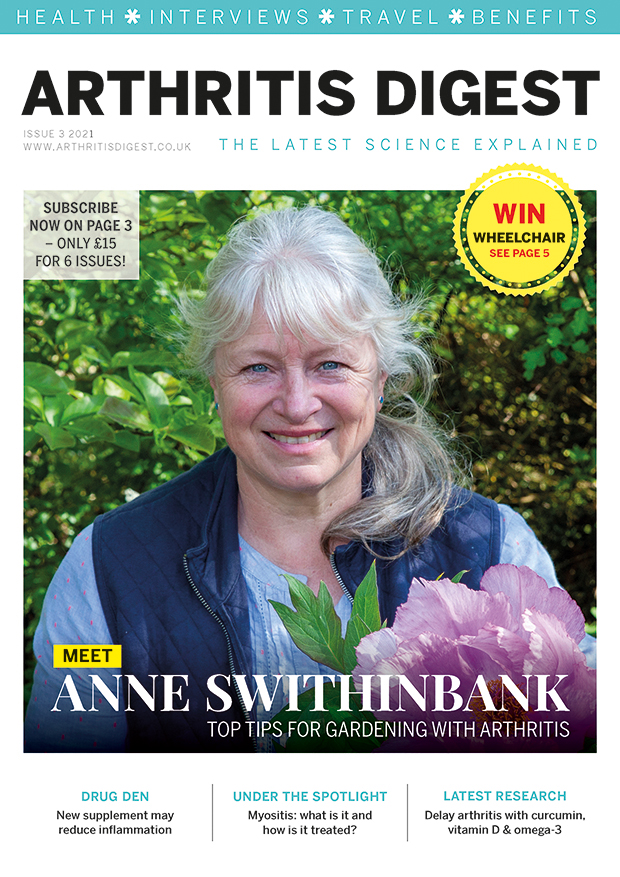