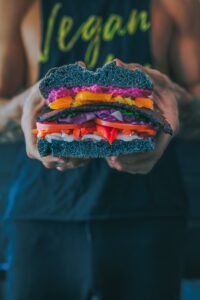 A low-fat vegan diet, without calorie restrictions, improves joint pain in people with rheumatoid arthritis, according to a new study published in the American Journal of Lifestyle Medicine.

How did the new study work?

A total of 44 volunteers with rheumatoid arthritis were asked to rate their joint pain using standard scales. Half of the volunteers followed a vegan diet. The other half followed an unrestricted diet but were asked to take a daily placebo capsule. The groups then switched diets for 16 weeks.

In addition to reductions in pain and swelling, body weight decreased by about 14 pounds on average on the vegan diet, compared with a gain of about two pounds on the placebo diet. There were also greater reductions in cholesterol levels during the vegan phase. “A plant-based diet could be the prescription to alleviate joint pain for millions of people suffering from rheumatoid arthritis,” says study lead, Dr Neal Barnard. “And all of the side effects, including weight loss and lower cholesterol, are only beneficial.”